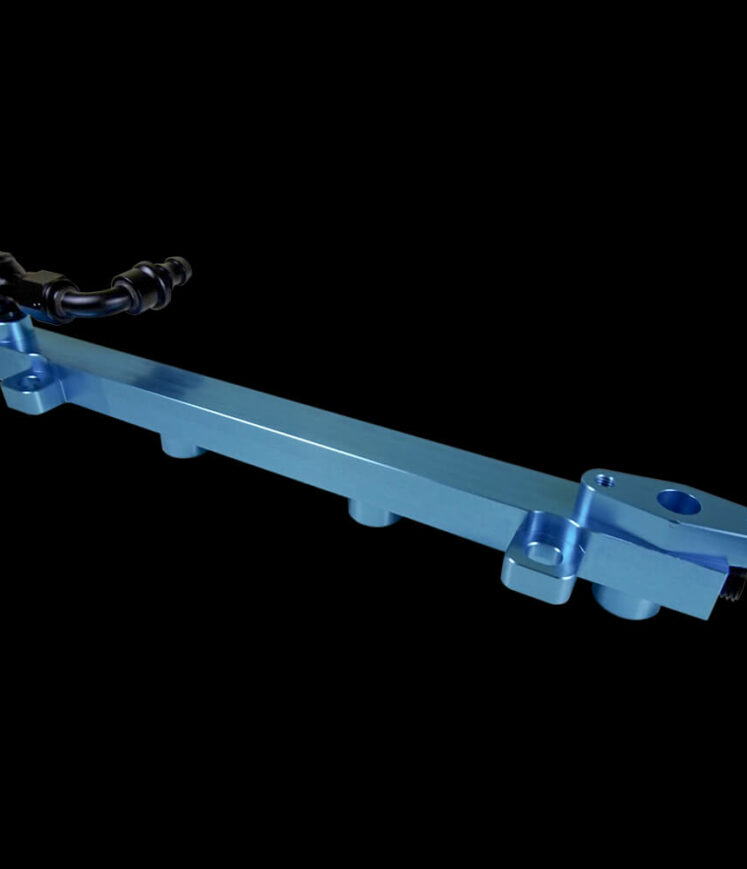 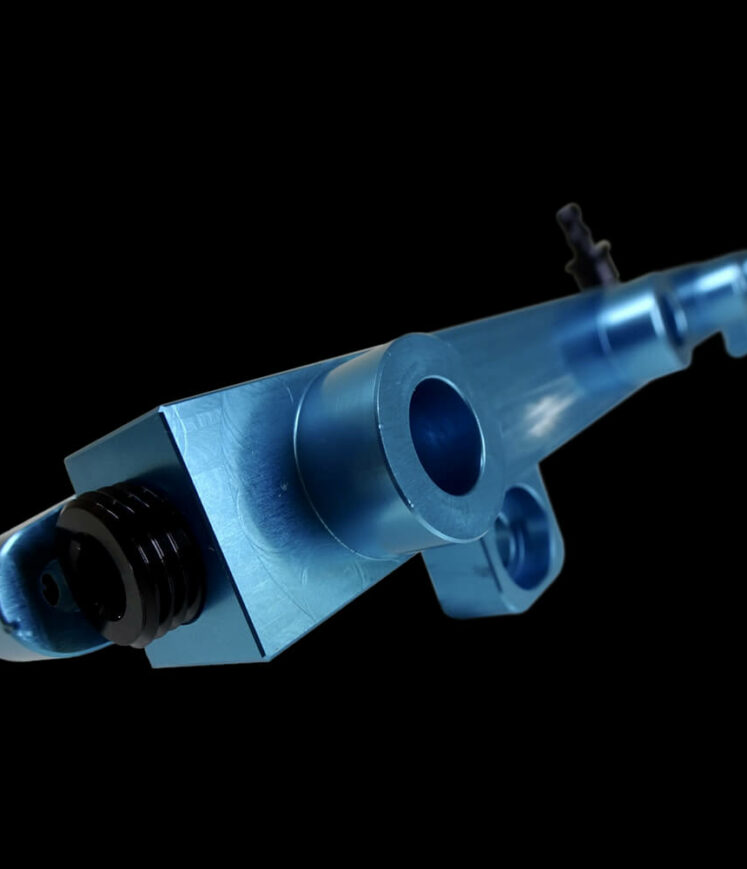 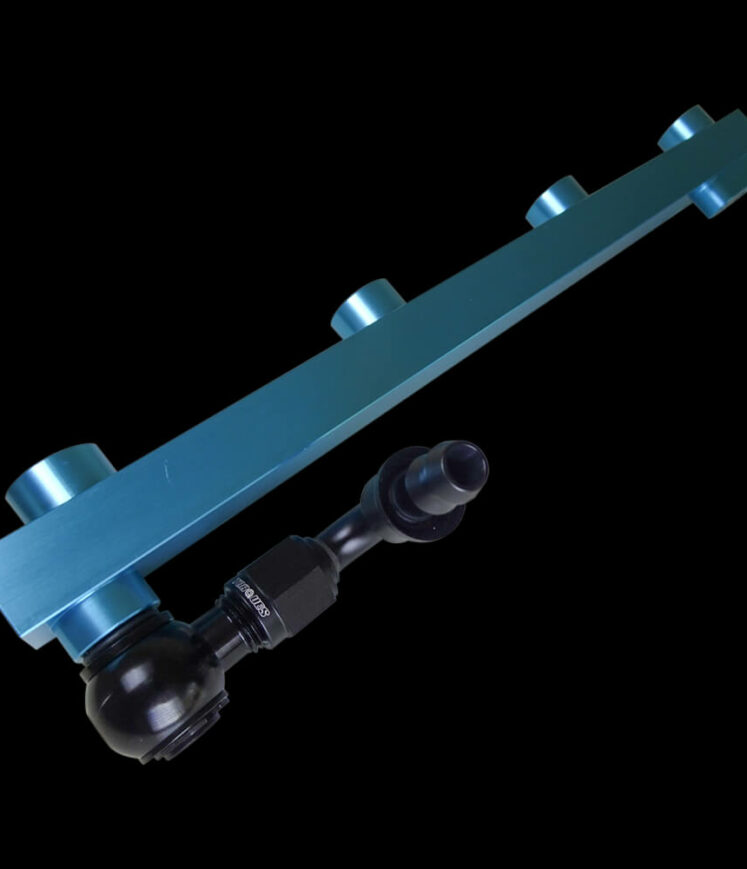 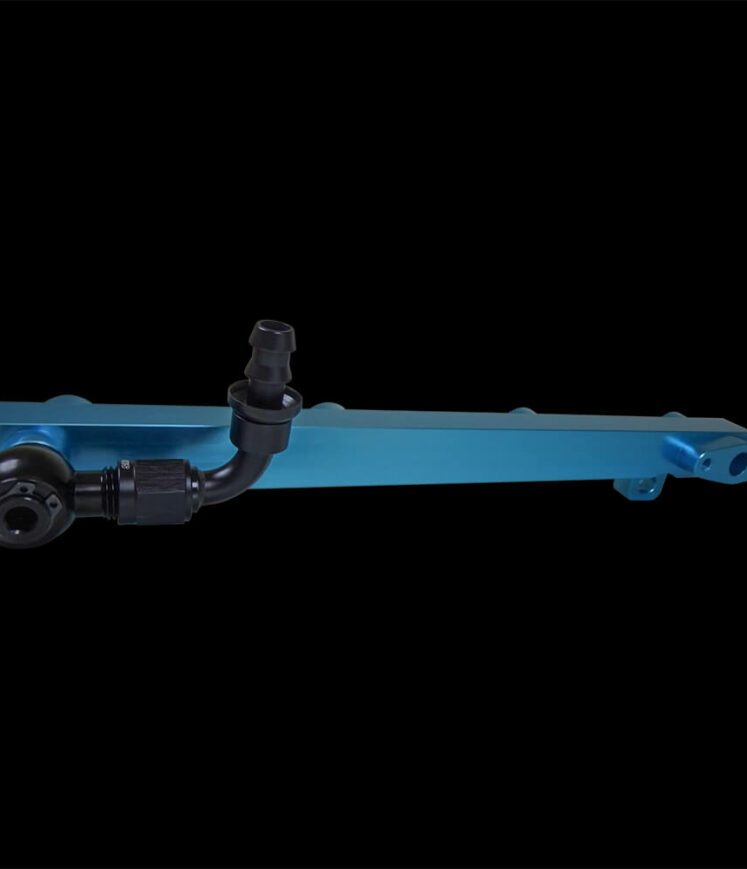 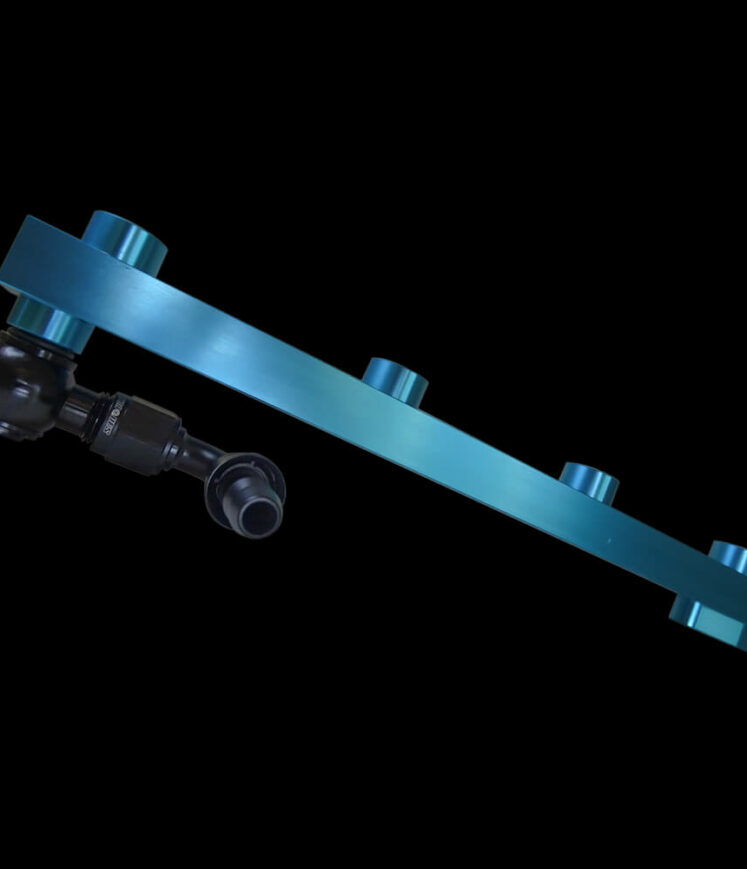 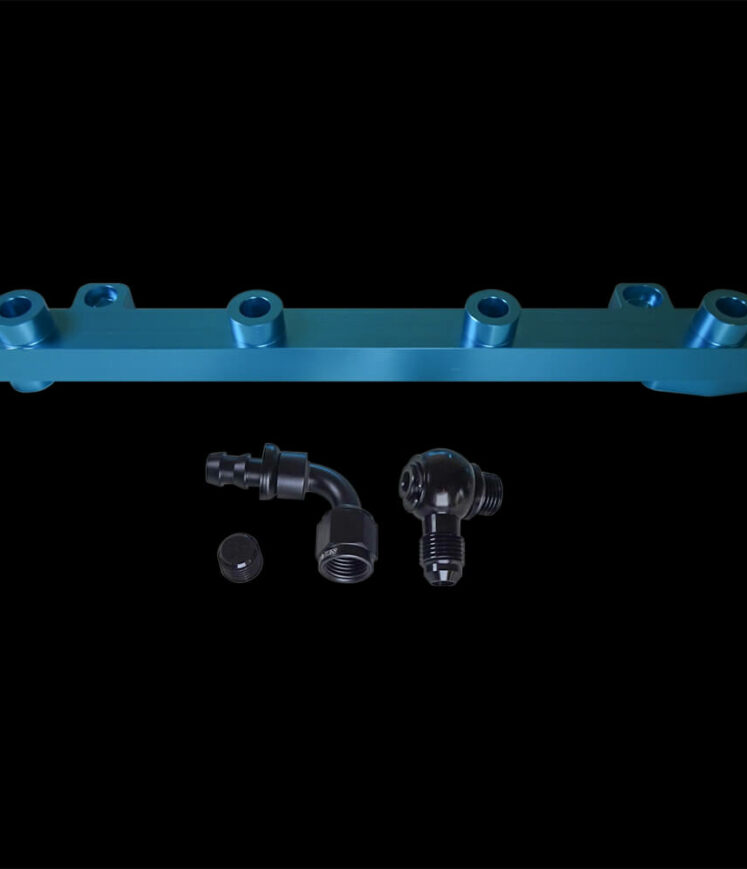 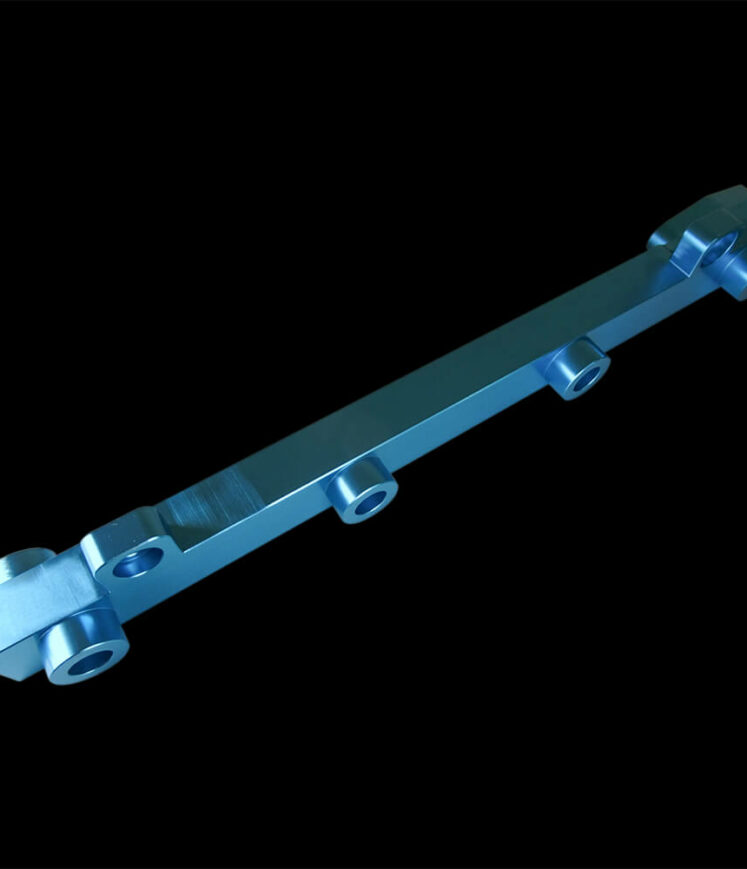 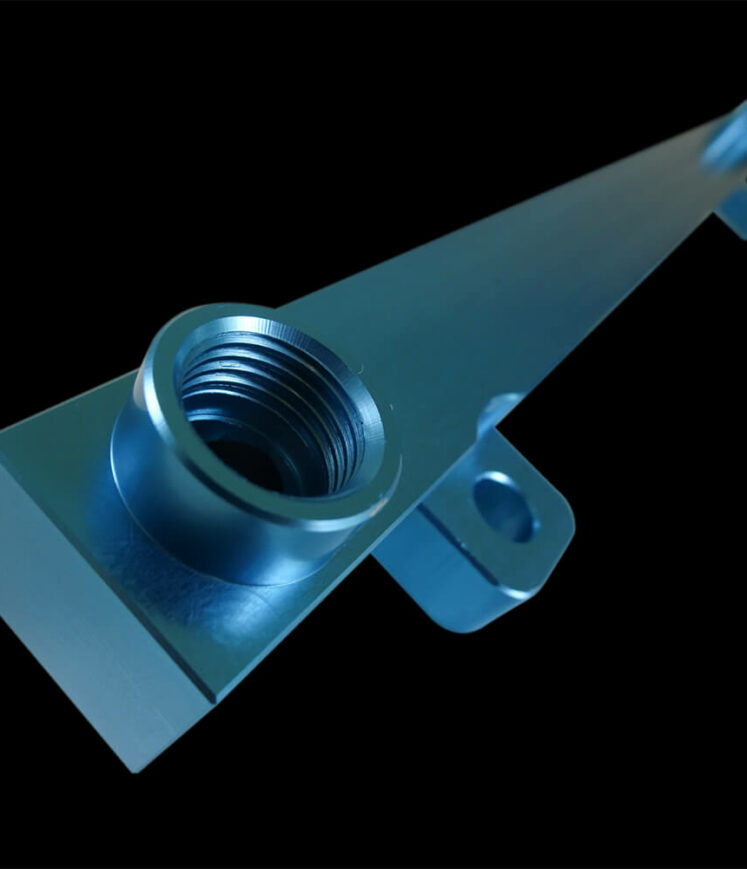 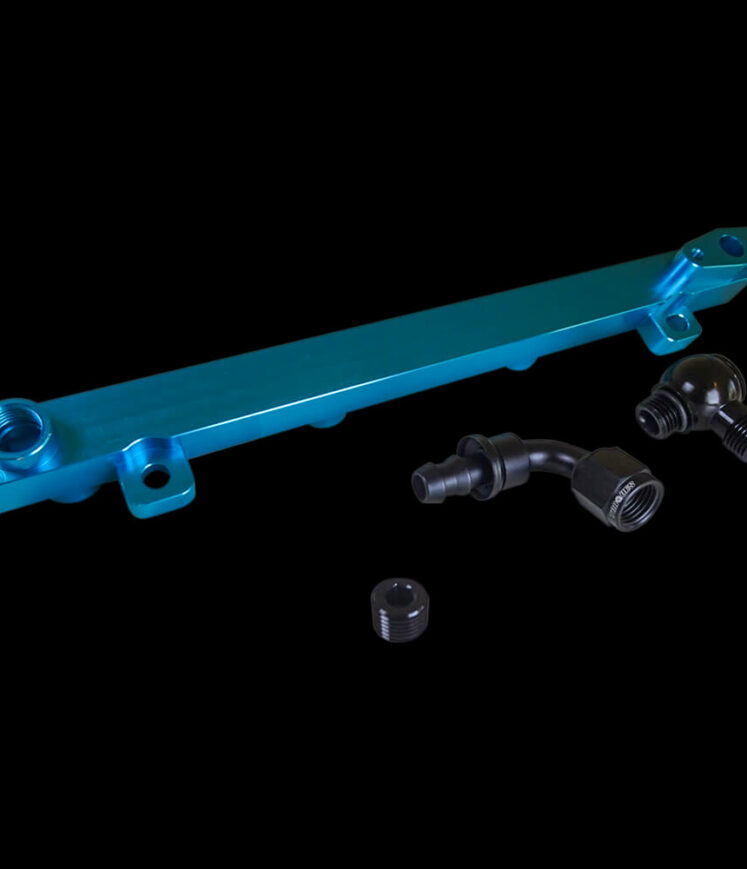 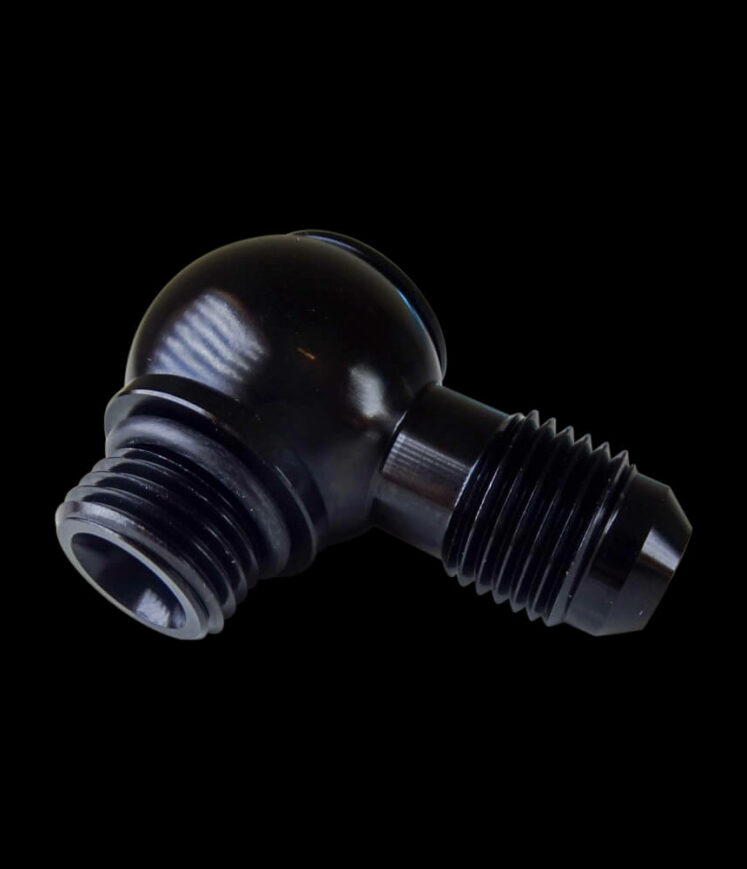 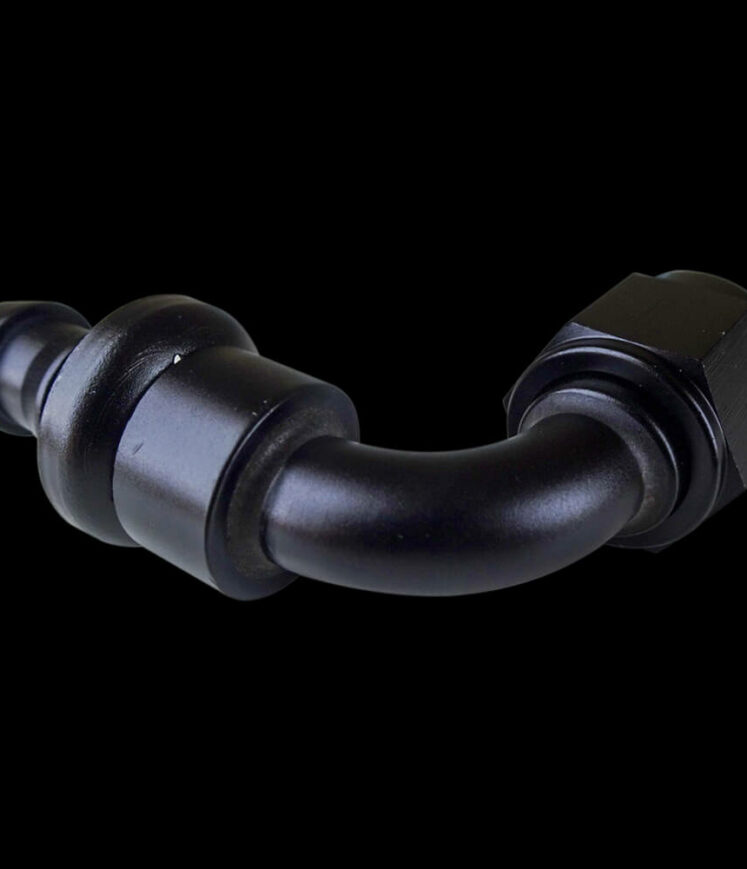 Designed so it can be fitted directly into a standard car without any additional parts. The standard injectors are able to be used, together with the OE fuel hose and the original fuel pressure regulator.

However when you are ready to upgrade you can use AN-6 hose to feed the rail. The fuel pressure regulator can be replaced with an adapter and this means you are free to use any aftermarket regulator. And larger injectors can be fitted as long as they are the same physical size as the OE ones.

The larger capacity means that for cars that are demanding large amounts of fuel you won’t see injectors being starved of fuel during those high demand periods.

There is a 1/4 NPT port at the end of the rail which can be used for a pressure gauge sensor if required.

This is made from billet 6063 aluminium and anodized so it won’t corrode.

If you fit this rail to a standard car to improve the look of the engine bay it won’t increase the fuel consumption. But when you’re ready for more power it’s there standing by.